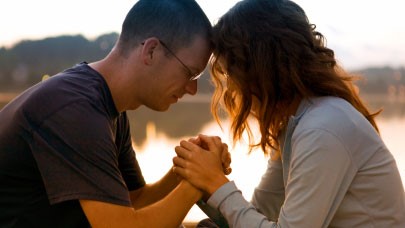 A little known, but equally important area of union organising was covered recently in an article in ‘Unite Works’ magazine for Irish members of the union Unite. The article highlighted some of the vulnerabilities and organising related to faith workers and the jobs they do. Unite equalities officer Taryn Trainor explains, ‘in many cases, ministers live in what is essentially tied housing. And that can cause huge uncertainty, not only for the worker concerned but also for their families. And of course, we also deal with issues common to many workplaces, such as bullying.” Here at YCW we recently came across a case of a faith worker being paid less their counterparts doing the same job, further highlighting workplace issues that can concern faith workers as much as other sectors.

Workplace organising is just as important for faith workers as it is for any other sector. Workers for faith organisations all too often suffer as a result of the strains of working life, which can easily impact upon the family. Long hours, difficult relationships with people, organisational restructuring and a host of other issues are as real for faith workers as anyone in the working world.  If you are a “minister of religion”, if you work for a faith body (in a synagogue/mosque/church/faith group’s head office) or you work for a faith-based charity, we’re glad to say that Unite have a branch that deals specifically with this particular area.

As solidarity is a important feature of the faith of Christians, union organising makes particular sense as the solidarity that is created by this is a significant function in creating the conditions for a just society.

If you want more information about Unite and how they facilitate faith workers you can read about it here.

PPCA Error: Due to Facebook API changes on September 4, 2020, it will no longer be possible to display a feed from a Facebook Page you are not an admin of. The Facebook feed below is not using a valid Access Token for this Facebook page and so will stop updating after this date.
Powered by Optimum. Responsive Web Design.
Back to top